Why are there wine monopolies in Scandinavia?

Few people mention the “Railway Monopoly” or the “Road Monopoly” when referring to government-owned (and funded) railways and roads, but if the government owns alcohol distribution then they always mention a “Wine Monopoly“. There seems to be an unclear distinction here.

If a government takes control of any of these things, there is always the same intended good reason for it. They are providing a service in an industry where cutting corners, with the incentive of increasing profit, may not be a good idea. 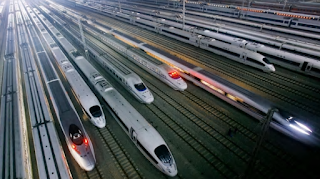 For example, the railways of the USA cannot support modern high-speed trains because the initial lines were built “on the cheap“ by industry, whose motive was to make money, not provide transportation. On the other hand, in Europe and elsewhere the lines were often built with government funds, and those governments have continued to maintain the networks. (See: The rest of the industrialized world has high-speed rail, why can’t the U.S.?) The USA has moved almost entirely to road (and air) transport, with a lot of lobbying from the road-based interests, and rail has been sadly neglected. Times may change — after all, China laid down the world’s largest high-speed rail network in just two decades (to replace its high-polluting domestic air business).

For alcohol, on the other hand, government control usually has to do with health. Indeed, current consumer surveys continue to list health as the main reason for voluntarily abstaining from alcohol intake, especially amongst Millenials. However, government edicts are hardly voluntary, at least compared to government support for the current Dry January campaigns.

The temperance movements have long presented both health and moral arguments against alcohol. Most of my readers will be familiar with the anti-alcohol movements in English-speaking countries. As recently noted by Paul Nugent: “The temperance movements ... were well-organized, globally-connected, typically led by Protestant evangelicals and very largely driven by ordinary women.”

Similar temperance pressure has also existed elsewhere, often with very different effects from the alcohol bans that you are familiar with. For example, Joseph Bohling explains (2018. The Sober Revolution: Appellation Wine and the Transformation of France) that the effect in France was to create the modern system of clearly demarcated high-quality wine-making regions, in order to encourage people away from drinking large amounts of cheap wine. In the second half of the 1900s, wine consumption per capita halved, while appellation wines rose to >50% of the volume consumed.

Alcohol problems occur notably in societies where binge drinking of spirits has long been accepted cultural behavior. You can see the current list of countries with problems in the following map, where an increasing amount of blue indicates increasing prevalence of alcohol-use health problems (Alcohol Use Disorders DALYs, Age-Standardized Rate, 2017).

Note that these problem countries tend to be in the colder northern regions — spirits can keep you warm during the long dark winters. However, some of the tropical countries are not excluded, for entirely different reasons.

In the (Protestant) Nordic countries (Finland plus the Scandinavian countries; Scandinavia = Denmark, Iceland, Norway, Sweden) binge drinking used to be part of the culture. Traditionally, fruit (ie. non-grape) wines and beer might be consumed with food, or might not. However, the drinking of spirits was part of a completely separate set of activities. The basic idea was to keep drinking until you literally couldn’t continue — it was more like a sports challenge than anything else, with the participants mostly being male.

So, the idea that the governments might try to take control of this situation should not come as a surprise — “Sell ​​alcohol without any profit, and then we can limit the negative effects of alcohol on society” was the motto. The argument was that if the governments got control of the supply, then two things could happen: (i) individuals acquiring unreasonable amounts of alcohol would be made very difficult, especially for drunk persons; and (ii) the populace could be educated to consume alcohol in the manner of southern Europe — that is, in moderation, with meals.

The alternative approach to control has always been high taxes, of course. At various times, all of the Nordic countries have been world-renowned for their alcohol taxes, although currently none of them are particularly onerous. The idea of introducing Prohibition was not really an option, given the failure of that approach in the USA. Sweden actually rejected it in a 1922 referendum, while Norway briefly tried it on spirits (from 1921-1926) and fortified wine (1921-1923). However, Iceland did have Prohibition of one sort or another from 1915 onwards, but dropped the ban on wine in 1922, spirits and low-alcohol beer in 1935, and strong beer in 1989 (!).

Denmark, unlike the other countries, never has had government control of alcohol, except in the semi-independent Faroe Islands, which has had an alcohol monopoly since 1992 (through the Rúsdrekkasøla Landsites stores). It may not be insignificant that Denmark’s colour in the above map is quite dark, compared to the other Nordic countries.

Norway is not a member of the European Union (EU), but it is a part of the European Free Trade Association, and therefore abides by many EU requirements. Its government has had complete control over alcohol sales since 1922 (through Vinmonopolet = The Wine Monopoly), currently including spirits, wine and non-low-alcohol beer. Note that, in the above map, Norway is light blue, which paler colour is probably not accidental. The government previously also held monopolies over alcohol importation and wholesaling, but these were dropped in 1996, as part of the European Free Trade agreement.

Iceland is also a member of the European Free Trade Association, rather than the EU. Its government has had complete control over alcohol sales since 1961 (through Vínbúðin = The Wine Shop). It is worth noting that for both Iceland and Norway, the problematic aspect of their flirtation with Prohibition was wine sales, because banning wine meant that the European countries with which they traded fish (especially France and Spain) refused to take any seafood unless they could send wine in return. The governments therefore needed to take control of wine sales, rather than trying to prevent them. 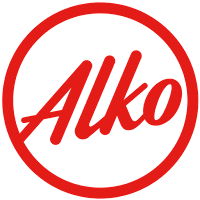 Finland still has government control of alcohol sales (through Alko Oy), although when it joined the EU in 1995 its concomitant monopolies over alcohol production and bulk importation had to be dropped. Sadly, total consumption of alcohol in Finland increased up until to 2007, and alcohol-related problems were also recorded to increase (see Upward trends in alcohol consumption and related harm in Finland). More than a decade ago, I was in Helsinki just before morning peak-hour, and the park outside my hotel was well-populated by people who were “under the weather” (all male) — they were literally cleared away by the police just before the morning commuters arrived.

Things have apparently improved greatly since then (see Alcohol consumption in Finland has decreased, but over half a million are still at risk from excessive drinking), although the color of Finland in the map above is still rather bluish. Moreover, Finland recently introduced a new alcohol act of parliament, allowing, for example, stronger beverages to now be sold in grocery stores — the results are being monitored, of course (Finland has avoided dreaded effects of new alcohol act, so far).

Sweden has the biggest population of the Nordic countries, and also produces the biggest alcohol-consumption revenue, being 21st worldwide (Finland =29, Norway = 30, Denmark = 32).

The Swedish government did not have alcohol production or importation monopolies when it joined the EU (unlike Finland and Norway), but it did retain a monopoly over sales. However, a few years ago Sweden dropped control of trade sales (restaurants, bars, caterers, etc), while still retaining control of retail sales (through Systembolaget = The System Company). In the above map, Sweden is yellowish, the best of all the Nordic countries.

Sweden’s Systembolaget was founded in 1955, when a large number of regional sales outlets, based on a strict rationing system that had been in place since World War I, were merged into a single national company (originally called Systemet = The System). As the company itself puts it: “The old System stores were largely located on hidden back streets. The signs were unobtrusive, and the windows advertised completely different goods, such as clothes and shoes. But when the new Systembolaget was founded in 1955, the management decided to bring the stores into the city centre.”

I first encountered Systembolaget in 1998; and it was as primitive as you are all expecting a monopoly to be, in terms of service. You had to ask for your bottles across a counter, having waited patiently in a ticketed queue; the weekday opening hours were rather short (10 am to 3 pm); and the queues on Friday afternoon (open until 5 pm) were extensive, because the shops were not open on weekends.

Actually, the shops apparently originally were open on Saturdays, because it was a workday (and a school day!). So, it was 1982 when Saturday closing was introduced; and this remained in force until 2001 (although even now the stores still close at 3 pm on Saturday). A few partial self-service stores started to appear from 1984, with the first fully self-service store opening in 1991. However, it was not until 2013 that all of the stores had adopted this format. Limited online-ordering was instituted in 2001, culminating in full home delivery in 2012, which became nationwide in 2019. There are also numerous agents that will receive ordered alcohol, and keep it until you can collect it.

So, my previous blog posts about Systembolaget (click the keyword search in the column to the right) describe the current situation, not the past. Today, it really does behave like a liquor chain of international standing (with 3,500 employees), in spite of my pet peeves. The fact that it is government-owned is not, in practice, relevant, other than the positive effect of the increased purchasing power that can be achieved by a truly national chain.


Footnote on the downside of large monopolies:

Back in 2005-2008 there was a large corruption court case in Sweden, in which 92 people were indicted for receiving or giving bribes. Of these, 77 of them were Systembolaget employees, accused of receiving money, travel and other gifts from suppliers in exchange for promoting their goods. At least 65 people were found guilty.

Email ThisBlogThis!Share to TwitterShare to FacebookShare to Pinterest
Labels: Systembolaget