Several media reports have appeared discussing problems that some women are apparently having with alcohol use, particularly in recent times. These reports emphasize the difference between males and females, in terms of their reaction to, and relationship with, alcohol. If true, then these reports represent quite a serious issue; and it is thus worth discussing here. The differences between males and females, and their relationship to wine, for example, are complex; and so this is not a simple topic.

I will start, therefore, with an apparent aside, although its purpose will become obvious. Back in my day (40 years ago), things were arranged simply, when it came to eating and drinking. The males and females alternated around a large table. The idea was that the man on one side of the woman engaged her in conversation, while the man on the other side filled up her wine glass. In this manner, the woman never knew how much she had been drinking, because her glass was always quite full.

Now, this may sound a bit gender biased to some of today's young people; but I can assure them that the women were in on it, too, just as much as the men. You see, a woman could not simply bang her glass on the table and say: "Fill 'er up", like she was at a petrol bowser. No, only the men could do that — a woman had to be more discreet. So, I would not be even slightly surprised if I learned that it was the women who originally insisted upon the above arrangement. It marries decorum with a fair distribution of the wine.

Apparently, women these days do not do it this way. I do not know exactly how they do do it, now, since I am an elderly married man, and am thus not allowed to fraternize with other women (unless I am related to them). However, I am pretty certain that the above arrangement plays little part in their current wine-drinking lives.

This story relates very closely to the reported changes in the relationship of women to wine. It is not a love story, the way it should be. Instead, we have reports recognizing that, even now, Women’s alcohol consumption is treated differently from men’s, in terms of who can drink how much of what, and when — but in no improved social way. That is, the male/female cultural difference still exists, but it doesn't seem to work so well any more. *

In my day, women did not necessarily like the difference in treatment of men and women, but they knew how to make it work for them, which is what the above story is all about. Apparently, this is no longer true — things are different now, but not necessarily any better in practice.

The recent Gallup alcohol survey 2022 noted that just 17% of men say they prefer wine, compared to 49% of women. In spite of this, in the USA “wine has always been synonymous with a particular type of crowd — one that is affluent, older, mostly male, and mostly white” (What it’s really like to be a wine influencer). The contradiction here should be obvious.** Interestingly, it also seems that Men/women differ greatly in wine price purchases — for net sales, women dominate at prices below $30. Indeed, if you want the data by brand, then see: Drinkers of domestic U.S. wine brands by gender.

Let's get one thing clear, though — there are biological differences between males and females. Reproduction would not work very well, otherwise (nor would it be half as much fun). One of these distinctions involves Gender differences in alcohol metabolism. Males and females vary in the amount and activity of alcohol dehydrogenase (ADH), the enzyme principally responsible for metabolizing alcohol. Males have more ADH, and so they break down the alcohol faster; or, if you prefer, women stay drunk longer, on average. Therefore, females should not try to match the males drink for drink, for example. 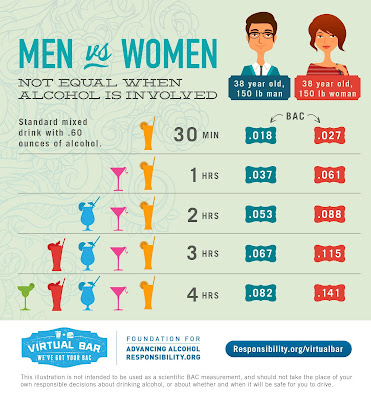 In this sense, the reported increase in female consumption in recent years is worth noting, because there is quite likely to be a negative reason (or two) for it: Women now drink as much as men — not so much for pleasure, but to cope:

For nearly a century, women have been closing the gender gap in alcohol consumption, binge-drinking, and alcohol use disorder. What was previously a 3-1 ratio for risky drinking habits in men versus women is closer to 1-to-1 globally, a 2016 analysis of several dozen studies suggested. And the latest U.S. data from 2019 shows that women in their teens and early 20s reported drinking and getting drunk at higher rates than their male peers — in some cases for the first time since researchers began measuring such behavior. This trend parallels the rise in mental health concerns among young women, and researchers worry that the long-term effects of the COVID-19 pandemic could amplify both patterns.

Research shows women suffer health consequences of alcohol — liver disease, heart disease, and cancer — more quickly than men, and even with lower levels of consumption. Perhaps most concerning is that the rising gender equality in alcohol use doesn't extend to the recognition or treatment of alcohol disorders. So, even as some women drink more, they're often less likely to get the help they need.

It thus seems that the pandemic has exacerbated a trend that was already occurring: Behind the uptick in women’s alcohol consumption: stress, stereotypes, marketing:

During the first two years of the COVID-19 pandemic, a flurry of studies made it into the news cycle: Heavy drinking and alcohol-related deaths were spiking in the U.S. The increase was particularly noticeable for women ... Research last year found a connection between the amount and frequency of alcohol consumed and pandemic-related stress and anxiety. Women were more likely than men to experience layoffs, or leave their jobs to care for children when schools and child care centers closed. They often took on more responsibilities, as well, like running errands for immuno-compromised relatives. For many, an extra glass or two of something red, white or brown provided some respite at a time when life felt heavy.

The idea is thus that, for many midlife women, alcohol makes life better — or at least, livable (What midlife women told us about drinking — and why it’s so hard to stop). Indeed, Alcohol can be a major problem for women in the workplace: “The connection between alcohol, social networking and career progression in a ‘work hard, play hard’ culture is both disadvantageous and dangerous for women.” 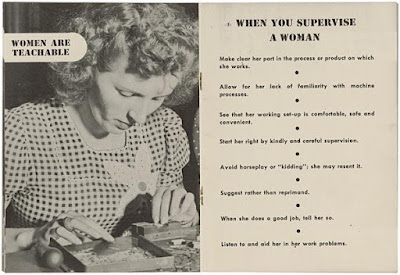 If the increase in alcohol consumption is stress-related, then we should ask: Anxiety and alcohol: does drinking worsen symptoms? The short answer is: Yes, in many ways (sleep disruption, mineral depletion, dehydration, poor food choices, social embarrassment, etc). So, this is a social issue that needs to be seriously discussed, and addressed.

Note that one of the indirect reasons that this matters is because a study has found that children, despite not drinking alcohol until adolescence, can internalize adult drinking behaviors from a young age (Parents influence perceptions of alcohol, study finds). We know that parents matter, but we also need to keep in mind the specific ways in which they matter, whether we are aware of them or not.

On a final, and depressing note, it has been pointed out that Senior citizens face mental and financial stress, especially women:

On nearly every metric, female seniors reported themselves to be struggling compared to their male counterparts. From finances to mental health, many more women than men note that they are dissatisfied, and stressed about finances and support. When it comes to enjoying later life, there appears to be a gender gap in connectedness, and women are more likely to be stressed during their golden years.

There is not only People and Wine, there is also specifically Women and Wine. So, official (ie. governmental) attention needs to be paid not only to social issues like alcoholism, but also to gender differences in alcohol consumption, and its effect, if we are to live in a high-quality gender-equal social environment.


* Did you know that high-heel shoes were not originally designed for women to walk in? They were apparently designed in the 16th century, when the Persian army sent their cavalry out to defeat the Ottoman Empire wearing high heels — when a soldier stood up in his stirrups, the heels helped him to secure his stance, so that he could shoot his bow and arrow more effectively. Aristocratic men in Europe later adopted the style, so that it became the height of male fashion.  In the mid 17th century an “androgynous fashion fad saw women copying elements of men’s dress and trying to ‘masculinise’ their look” (Women wear high heels because we are idiots, says history). And, yes, historically, men also wore corsets (Men wore corsets, history says). The gender divide is smaller than you think!

** We also have these data: Japan’s female drinkers and urbanites drove Bourgogne exports to record high. Contrast this with this one: More people than ever in the USA are making six-figure salaries. Good news because wine tends to be an upper income Alcbev.