People do sometimes ask me about the other part of wine writing, since I usually write about data, rather about wines themselves. Do I drink the stuff, and what do I think about it? Well, just for a change, I will write one post about it.

My wife and I do consume a bottle or two in most weeks, and we do visit wineries when we are on holiday (see From the sublime to the ridiculous in winery architecture). However, my wife is much better at wine tasting than I am — embarrassingly so. I have the theoretical knowledge, and she has the practical ability. This works well as a team; but I let her write the wine notes, these days. 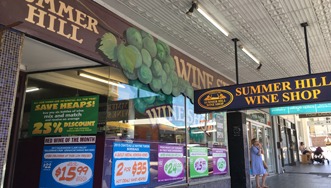 I first learned about wine back in 1982. My girlfriend and I found out that down the road (in the Sydney suburb of Summer Hill) from our rented house was a wine shop, run by a guy named Bill Ireland (a wine retailer in various parts of Sydney from 1979 to 1996). He held tastings of new releases each Thursday evening; and so we became regulars on Thursdays. Bill then started doing special (paid) tastings on Saturdays, which we also attended. I learned as much as I could; and we also started visiting wineries within a day's drive of Sydney (in those days, that meant the Hunter Valley, to the north, and Mudgee, to the west).

Of course, I encountered the usual sorts of problems. For example, I would read a description of a wine and it would bear no connection at all to my own description. Wine writing can be piffle, as I have mentioned before (Are CellarTracker wine scores meaningful?). However, it is all we have as a means of communication, and it is thus not all meaningless. I first learned this at one of Bill's tastings. I had never smelled "chocolate" in a wine, even though the pundits sometimes mentioned it. Then, one day I picked up the bottle from which we were tasting, and sniffed the opening. "Milk chocolate" was the perfect description; and I have never forgotten that experience, in the 40 years since then.

But I still couldn't really get it from the glass. This told me that glasses can also be important, even though some pundits dismiss this idea. I have since found the same thing with some "port" glasses that I have. The contents never seemed to smell of much, and I eventually decided to try some new ones, from a different manufacturer. The difference was impressive, with a whole new world of smells becoming then available in the new glasses.

Bill himself was pretty impressive when it came to wine tasting. My favorite anecdote involves a wine from Bowen Estate (Coonawarra, South Australia). Bill used to tell fishing stories about the owner, Doug Bowen, so there was some familiarity. One day, I bought along a special bottle to a Saturday tasting, in lieu of paying. To our great surprise, Bill immediately identified the masked wine — maker, grape, and year (Bowen Estate Claret 1975); and he had never tasted the wine before!

He achieved this apparently remarkable feat by using both experience and deduction. He said that the wine reminded him of the only wine he had tasted of the first vintage from Bowen Estate — there were two reds (Cabernet sauvignon, and Shiraz-Cabernet = Claret), and he had tried the one but not the other. After tasting the masked wine, Bill remembered that he had previously told me this, and he figured that the wine I had brought along would be the missing one. So, it is important to remember your customers, as people!

I have only one anecdote of my own in similar style. I had always read about the smell of "sweaty saddle" in some wines, but had never experienced it. Then, one day, at dinner with a friend (the same one who had told me about Bill's shop in the first place), she asked me whether the wine she was going to serve "smelled okay". Well, one sniff told me that "well-used leather" was the perfect description for this wine's smell. This sweaty-saddle smell had always been described (by Len Evans, the doyen of Australian wine writers) as a characteristic of Shiraz wines from the Hunter Valley. I then remembered my friend telling me that the Hunter was her favorite wine excursion; and, of course, I expected that she would be serving me a special wine. So, I seized my opportunity. I put the glass down without even bothering to taste it, and said: "If it's an old Hunter Valley Shiraz, then it's fine." I then walked away, while she picked her jaw up off the floor. The visitor had got on the wine scoreboard first! 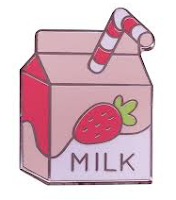 Lewis Perdue (Misinterpretation: Words = Big trouble) notes: "Whether we are aware of them or not, smells do connect to memories that can influence moods". He tells an anecdote about his own unfortunate association with "Almond paste and flying roaches", with which many of us will have empathy.

My own personal version does not involve wine, but involves strawberry flavored milk, instead, which I loved as a child, back in Australia. It was available for purchase in small containers at the school canteen, which I acquired often. Until, that is, my school class went on an overnight train trip from Sydney to Brisbane (1,000 km away), when I was about 11 or 12 years old. This was a slow and bumpy trip, lying in a sleeping berth. I made the mistake of consuming some milk before going to bed. I was queasy during the night; and I have never been able to stomach strawberry flavored milk, ever since. I had to switch to chocolate flavoring, which I still drink, to this day. (Mind you, the chocolate flavoring used here in Sweden is far too sweet to be really nice.)

By the way, Bill Ireland was an aspiring wine-maker of sorts. Even as a retailer, he would buy a few batches of bulk wine, bottle half of it and sell it to us (often under the name Bacchus Selection), and then use the proceeds to put the other half in oak for a while. He would then sell that second half to us at a bigger profit. He and his wife (always known as Noel) eventually purchased a half stake in Finders Bay winery (in Western Australia); and in 1995 they bought what was then Old Station Vineyard (planted in 1926 at Watervale, in the Clare valley, of South Australia), but which they renamed Fire Block in 2003. (You can use Google Translate to read this Swedish description.)

The wines for the latter are made under contract at the nearby O'Leary Walker winery; and you have never heard of Fire Block, because they are mainly sold locally. Imagine my surprise when, back in late 2007, I came across a 6-pack of Fire Block Old Vine Shiraz in a local store here in Sweden. They were being imported by another expatriate Australian (through Antipodes Premium Wines), who still runs a wine import company (now called Vinoteket). Indeed, to this day Fire Block wines are available only in Australia and Sweden (and sometimes Malaysia); and I acquire a suitable selection of each new vintage.

It is not everyone whose connection with their wine mentor still links after 40 years, and literally across two hemispheres!


I also had the Bowen Estate Shiraz 2011 with dinner last night. These days, the wines are made by Doug's daughter, Emma (Bowen Estate Shiraz – a Coonawarra benchmark). They are not available in Sweden — I have to order them from the UK.