The Most Admired Wine Brands are very different this year

I have written before about The World’s Most Admired Wine Brands (What is a "most admired" wine brand?). I noted that there has been a lot of variation in the list from year to year, and that “only the top three brands have shown any consistency at all — these are Torres (from Spain), Concha y Toro (from Chile), and Penfolds (from Australia).”

Well that all changed this year, the 10th such list, with a selection that looks very little like any previous one. This fact seems to have gone almost un-noticed in the wine world, possibly due to the current pandemic that is causing global disruption. There has been no official award ceremony, as yet (it was originally scheduled for March 15), nor much reaction from the successful wineries. Well, that does not stop me from making a few comments here. 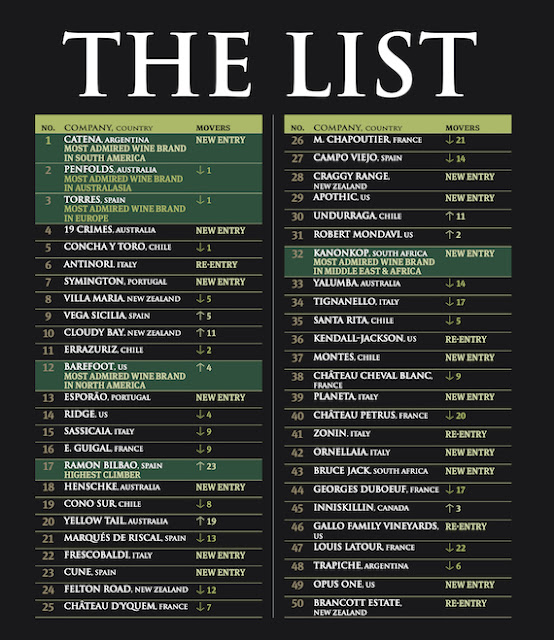 What is a “most admired” wine brand?

Each year since 2011, the April edition of Drinks International magazine has contained a supplement with a survey called The World’s Most Admired Wine Brands. A group of more than 200 people are asked to vote for the wine brands they "most admire" based on the criteria that each brand should:
The people polled are drawn from “a broad spectrum of the global wine community”, which apparently includes: masters of wine, sommeliers, commercial wine buyers, wine importers and retailers, wine journalists, wine consultants and analysts, wine educators, and other wine professionals. These people are asked for three choices of wine brand. They are also provided with a list of previous winners, including “a list of more than 80 well-known brands and producers, but as usual we also encourage the option of free choices”. 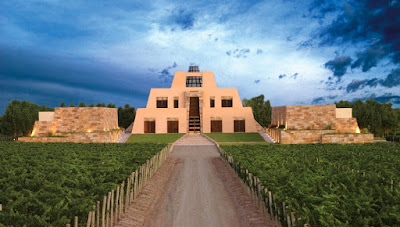 This brings us to the 2020 list, which is much different to previous ones.

First, 15 of the wine brands are new to the list, in the sense that they have never appeared in any previous year. In addition, one brand (Ramon Bilbao, from Spain) has appeared only once before, and Gallo (from the USA) has appeared twice. Most of the others, however, are regulars.

Surprisingly, the top-ranked brand is new (Catena Zapata, from Argentina; pictured above), which has never happened before (except the first year!) — it normally takes a couple of years to work upwards to the top echelon. Furthermore, two out the top four are actually new (the other is 19 Crimes, from Australia). This is quite a high turnover at the top. (Note: Symington is also listed as new this year, but it owns Dow's Port and Graham's Port, both of which have each appeared in two previous lists.)

So, there are only nine (out of 50) brands that have appeared in all ten lists:
These are presumably the most admired brands, long-term. Until this year, Torres was ranked either 1st or 2nd each year, but it has now dropped to 3rd.

There are also 15 brands that have appeared in all but one of the lists. However, in keeping with the current regime change, six of these were dropped from the 2020 list (ie. they had appeared in every previous list). Moreover, four of these newly dropped brands are famous Bordeaux chateaux: Château Haut-Brion, Château Lafite-Rothschild, Château Margaux, and Château Mouton-Rothschild. This is, indeed, a remarkable turn-around for the world’s best-known wine region, amid falling national and international sales.

This leads to the obvious question: why has “admiration” changed so much in the past 12 months? Admiration is admitted to be an intangible thing, but there seems to be some current volatility. However, just to emphasize the change, it has recently been noted that Argentina’s Bodega Catena Zapata reports best vintage in a decade — when you’re hot, you’re hot.
Posted by David Morrison at 12:30:00 AM