Why lionize winemakers but not viticulturists?

It is widely noted that viticulturists can have as much influence on the quality of the final wine as do winemakers, and yet it is still the winemakers whose names are most widely known, because they are the ones who most commonly appear in the wine press. So, the people in the winery get the media attention more than those in the vineyard, even though the location of that vineyard is acknowledged to be of prime importance.

To counteract this trend, in this post I discuss one example, from Australia, where the viticulturist often gets almost as much press as the winemaker. 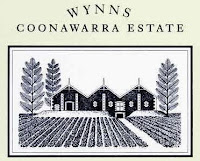 Wynns Coonawarra Estate is by far the biggest winery in the Coonawarra region of Australia, a region that has an international reputation for the quality of its cabernet sauvignon wines (although the shiraz wines are not too shabby, either). Wynns consistently project three people as being their "team", as listed in the first photo below. [Note: Ben Harris, the Vineyard Manager, tends to go missing from most of the press; see the photo at the bottom of the post.]

What is more important for our purposes here, the media actively go along with Wynns' attitude. I have listed a few press reports at the end of this post, as a small sample of what the wine media have to say. The two people titled "winemaker" do get more press than the viticulturist, although much of their personal press does tend to emphasize them as females in a male-dominated profession. Indeed, Sue Hodder and Sarah Pidgeon were jointly named the 'Winemaker of the Year' at the 2016 Australian Society of Viticulture and Oenology (ASVO) Awards for Excellence.

However, back in 2010, when Sue Hodder was named Australian Gourmet Traveller WINE’s 'Winemaker of the Year', a new award was introduced for Allen Jenkins: 'Viticulturist of the Year'. Part of the reason for acknowledging the importance of the viticulturist at Wynns has been his role in rejuvenating the vineyards over the past 15 years, and the clear effect that this has had on the quality of the wines.

Sue Hodder joined Wynns just prior to the 1993 vintage; and she was then appointed Chief Winemaker in 1998, at which point Sarah Pidgeon became Winemaker. Allen Jenkins arrived as the viticulturist in 2001-2, at least partly because Hodder and Pidgeon had realized that the vineyards needed extensive treatment, if the wines were to be improved.

For example, during the 1990s it was noted that the vines were building up too much dead wood, as a result of 20 years of (minimal) mechanical pruning. Indeed, the vines were reported to be so low yielding that they were hard to pick. The rejuvenation started in 2000, and was accelerated in 2002. It was expected to take eight years to complete; and the change in the wines was reported widely in the media starting from 2010.

The process involved large-scale vine regeneration by heavy chainsaw pruning of very old vines (shiraz up to 120 years old, cabernet sauvignon up to 60 years old), removing the dense clusters of dead wood, and thus bringing the vines back to a new physiological balance. Tired or diseased vines were grubbed out, along with the removal of lesser varieties. These were all replaced by new clones and rootstocks of cabernet and shiraz, for which the winery developed a heritage nursery, based on cuttings from time-proven vines. There was re-trellising, along with changed canopy management and new pruning techniques. The vineyards were also converted from sprinkler to drip irrigation.

Along with all of this, the winery was also modified to focus more on small-batch vinification, from 2008 onwards. This allows the grapes to be picked at perfect physiological ripeness, as even a large vineyard block can now be processed in many small batches instead of a few large ones. This takes advantage of the increased grape quality in the vineyard. The oak maturation of the wines has also been re-visited, resulting in a lighter handling, which now produces softer, more elegant wines. Indeed, the latter approach is a return to the style from the 1960s, rather than the heavier style favored in the 1980s and 1990s.

The flagship Wynns wines are the John Riddoch Cabernet Sauvignon and the Michael Shiraz, which are made only in years when grapes of very high quality are available. Production was stopped on both of these wines during the 2000-2002 part of the rejuvenation period. So, to see the effects of the rejuvenation on the quality of the Wynns wines, we need to look at a different product from the winery. 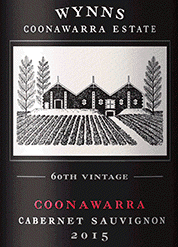 Within the Wynns range, the Black Label Cabernet Sauvignon holds a special place, even though it is marketed as the "basic" wine from the winery, with an average annual production of roughly 40,000 cases. The wine is currently blended from about 20 different small parcels of grapes, out of up to 80 that are contenders each year. The vines were planted mainly in the 1960s, 70s and 80s.

The flagship John Riddoch cabernet is always denser, more powerful and oaky than the cheaper Black Label, but the latter is always better value for money, selling for less than one third of the top wine's price (and often being aggressively discounted by retailers). Indeed, it has been repeatedly shown that the Black Label can age for decades, making it "possibly the most important cellaring wine in Australia", and forming "the backbone of many Australian cellars for over 50 years". This makes it "one of the most important wines in Australia’s wine history". Myself, I think that it is the best value-for-money cabernet wine that Australia produces.

There have been a number of retrospective tastings of this wine organized by Wynns, which go all the way back to the first vintage, in 1954. For example, there was an important vertical tasting covering the 50 years from 1954- 2004, which Hodder has described as the catalyst for the winemakers changing the style away from the heavier style of the 1990s. There was also a 60-year vertical tasting earlier this year.

However, the published reports from these tastings are somewhat sporadic. So, for an evaluation of the effects of the vineyard rejuvenation it will be simpler to cover a shorter period. The graph above shows the weighted average scores from the Wine-Searcher database, covering the vintages from 1990 (ten years before the rejuvenation started) to 2014, inclusive.

Note that for almost every year since 2004 the wine has been scored 91 or higher, whereas before that 91 was the rare top score. There is no doubt that the wine is in the best form it’s been in for years. And the viticultural team can take most of the credit.

Buy yourself a bottle. Put it away for ten years. Then drink it. You will see what I mean about value for money. 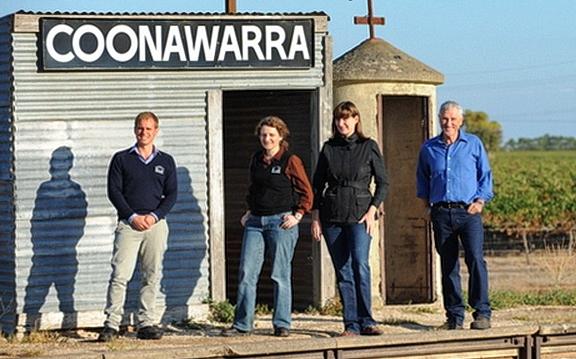 Wynns Coonawarra: a revolution many years in the making — James Halliday