Changes in scores of top wines?

There have been many comments about wine critics, especially concerning various characteristics of their wine ratings, including things like inflation and inconsistency. One thing that I could look at here is the matter of "top-rated" wines, and how their scores vary from year to year.

In this regard, James Suckling provides an annual list of Top 100 Wines, which is worth looking into; so, I have collated the scores for the years 2014 to 2020, inclusive. [Thanks to James for giving me access to his database.]

Note that in this post I am not concerned with which particular wines make it onto the List each year, but merely with the range of the scores of those wines that got onto each list. Also, note that the wine scores themselves are not the sole criterion for being on the Top 100 List — a score of 100 does not necessarily get you to the top of the list, for example.

The results are shown in the graph, as a series of box-plots, one for each year. In this graph, the collection of 100 scores is summarized vertically for each year.

Wikipedia has a detailed explanation of what a box-plot is, for those of you who are interested; and there is an explanatory diagram at the bottom of this post. Basically, the middle [horizontal] line is the median — 50% of the scores are above this line and 50% are below. The central box encloses the middle 50% of the scores, while the vertical lines (known as whiskers) show the range of the upper and lower 25%. Any "outlying" values are shown separately as dots.

In our case of the wine scores, there is a distinct pattern through time. The scores converge upwards to an average value of 99, and they have stayed there for the past few years. This is not unexpected, as the years 2015 and 2016 were difficult ones. Indeed, the 2015 Top 100 Wines list does not actually show the wine scores on the web page (although they are available in the database), but focuses instead on the wines themselves; and the 2016 Top 100 list is no longer displayed on the web site at all.

So, the past four years have been relatively consistent. The top wines mostly scored 98—100 points, whereas in earlier years they (occasionally) went down to 92. The median score has recently been 99, but was 98 in 2017. So, the past few years have been consistently good, vinously speaking, or perhaps James Suckling is suffering from score inflation. I suspect that the former explanation is the correct one, because the top wines in any given year should score at the top of the range, irrespective of what wines they are or where they come from, or the preferences of the critic. 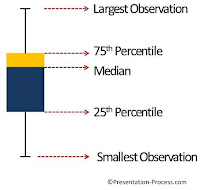